Relocating from Melbourne to London

If you’re yearning for something new both personally and professionally then you might want to consider looking further afield for your next role. Post-pandemic, more professionals are looking to get a healthy work life balance whilst still pursuing career and life goals. Relocating to another country to continue your career not only affords you the opportunity to experience a whole new culture, but career-wise, you’ll gain access to a wide range of business practices whilst expanding your professional network.

Moves between the UK and Australia are commonplace and is something that we’re well-versed in supporting at Capstone. According to the Office for National Statistics, the UK is currently home to an estimated 120,000 Australians.

We recently spoke to one of our candidates, Tom, who we helped to relocate to London from Melbourne. He spoke to us about how he overcame his initial reluctance to relocate, the way he obtained a visa, and why moving to the UK was worth it. 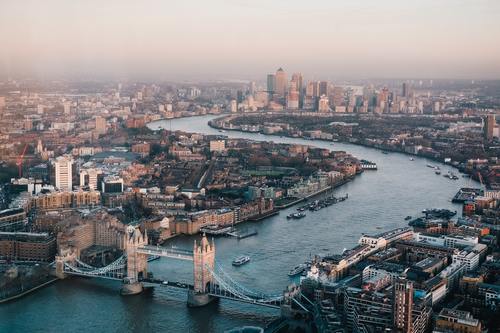 What made you want to move to London?

A lifestyle change is what ultimately drew me to London. More specifically, it was the travel, working in a different economy and the chance to work on larger scale projects. After the last two years, which were quite difficult for everyone, I felt that it was the right time than to head across and experience life over in the northern hemisphere.

How did you coordinate the move between you and your partner, in terms of the job search?

The move wasn't as tricky as we had thought, because we had friends that had done it before. They’d both worked in similar careers and so that gave us reassurance in the decision to move. My partner is a chiropractor, and she had managed to secure a job before she touched down in London, which was definitely helpful.

It was hard to leave Melbourne initially, and go through the whole process of moving out of my flat, putting what I could into a shipping container and shipping it over to the other side of the world. It is quite daunting.

Though, your confidence around the whole thing will grow if you do your research and you speak to more people. As I mentioned earlier, the biggest thing that helped us the most was having friends that had been in the same position and could give us the ins and outs of moving over and what to expect.

Was the visa process long?

Being in a Commonwealth country, it's pretty easy to get a visa and there are a couple of different ones that you can get.  The visa that my partner has is a two-year working visa, and that was pretty straightforward to set up. You just apply online by filling out a few forms, which takes about 30 to 40 minutes, depending on how quickly you read. You pay your fee, wait four to six weeks, and then drop your passport off and pick it up six weeks later.

For myself, I've gone with an Ancestry visa, through family heritage, specifically English heritage, so I was lucky enough to get that. That lasts for five years and it’s a very similar process. Mine took six weeks. So, it was very simple overall.

What were the logistics of bringing your belongings over?

It’s tricky because you've got a tiny little shipping container to put your whole life into, and there are weight limits on the plane too. That’s why it’s important to be ruthless when you move over and decipher what you actually need. At the end of the day, you can always buy stuff over here, it's pretty affordable. Though, you should be organised and know that if you do ship things, it takes time – it’s at least a three-month process.

You should start preparing six months before and really organise your life because it's not a process where you can just click your fingers and move out of your flat, find some tenants, get the shipping container, and get your visa. You have to plan ahead.

What was your plan with accommodation?

Fortunately, my best friend, who is also our roommate, had arrived in the UK earlier than we had, so we’d signed a tenancy agreement before we’d landed. When we arrived, we just went straight to our place, because he’d already gone to multiple inspections and talked to a real estate agent.

Nonetheless, before you move, you need an understanding of the budget you're looking at, where you'd like to live, getting in contact with agents, and just being fully aware that you're not going to get the first place that you see. It might take you 10 or 15, or even 20 inspections before you can get through the door – preparation is key. 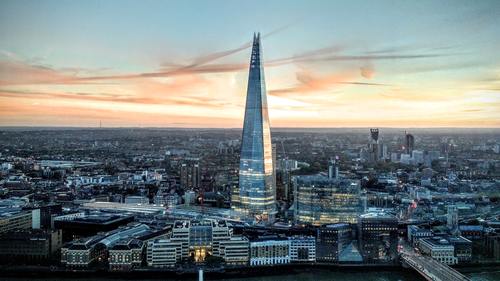 What’s the biggest differences you've found so far between the cities?

The food differences – I miss Melbourne's amazing food and coffee. I'm guessing London does have that, but I'm yet to find it. There are a lot of similarities with the architecture, though.

The main thing is the scale of the city – it’s enormous. In Melbourne, if you get on a train for 40 minutes, you'll be out in the bush. Whereas in London, you're in another sort of bar or whatever. The vastness is unbelievable and there's so many places to visit. In that respect, I know I’ll never get bored.

What’s your favourite thing about London so far?

I'm a big sports fanatic, and here they have midweek football. It's all at a time that I can actually watch now, so I don't have to wake up at 2am to watch my favourite team play. And, I just love how accessible the city is, the tube network is fantastic and it’s so easy to get around. It’s made life a lot easier for me.

Again, the coffee – I can’t seem to find a good almond latte here. I've been drinking black coffee, which is fine, but I’m still on the hunt to find a coffee that I love here.

I do have a coffee machine in one of our shipping crates, but I’m just waiting for that to arrive, so then I can make them for myself.

What would you say to someone thinking about moving to London from Australia?

You’ll love it so don't hesitate. I know it all seems a bit daunting, especially the aspect of leaving your family and friends behind. But if you pull the trigger, you'll thank yourself later because it's a great experience.

We've only been here for a short period of time, but we can see this being a long journey. There’s so much possibility here and access to the rest of the world.

We were so far away in Australia, but here, you’re so much closer to other countries. I think when I’m older, I’ll thank myself because now I’ve seen more of the world and experienced living in another country. Sometimes, you just have to bite the bullet.

If Tom’s experience has inspired you, we should talk. With opportunities across the USA, EMEA and Australia, our team can talk through your experience and look for the right opportunities to aid your next adventure.

If you’d like to explore relocation opportunities or embark on your next career move, get in touch with Charlie on c.hemmings@capstone-recruitment.com or call 07852 685047.